Sponsored by Callwell and supported by Nurtur and Atlas Display, the event took place at Epsom Downs Racecourse last Friday and celebrated the property industry’s outstanding fundraising efforts as well as showcasing dance talent of the industry with the Strictly Agents Dancing Competition.

Each participant raised funds for their chosen charity.

According to the British Red Cross, this is enough to provide men, women and children driven from their homes by the Russian invasion with 22 £10 hygiene kits and 15 £30 chlorine tablets. Bernadette’s campaign is still accepting donations until August 1 – enough time to support its goal of helping the people of Ukraine. 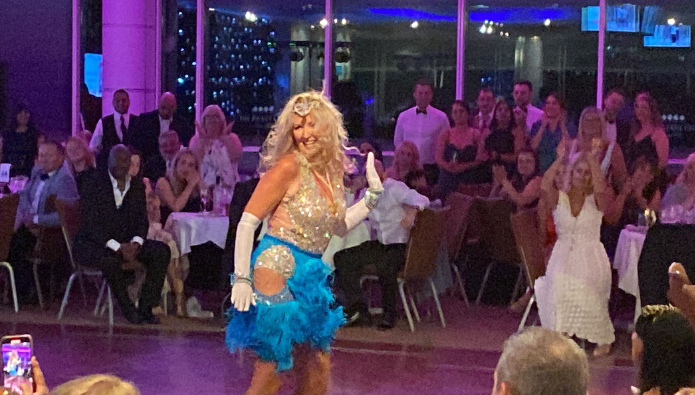 She said: “I was inspired to fundraise for the Red Cross by the amazing work they are doing in Ukraine.

“I have been hosting a Ukrainian refugee since May and the Red Cross has been exceptionally helpful and supportive right from the start. Helping them back is well worth a little embarrassment in front of my friends and colleagues.

You can watch part of Bernadette’s performance by clicking here.

The winner of the Agents Giving glitter ball trophy is Paramount’s Danielle Lanthier. 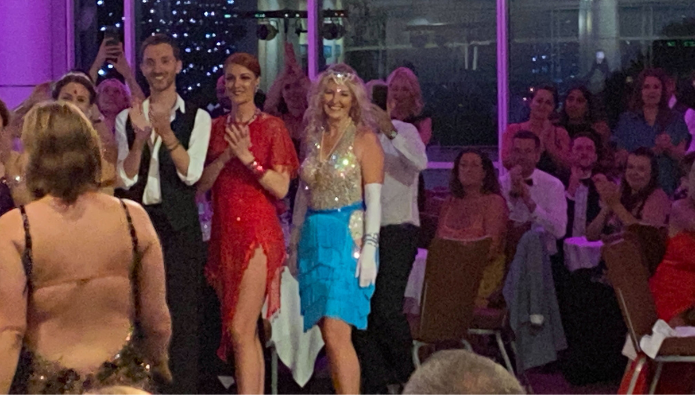 She said: “I’m thrilled and honored to have won Agents do Strictly – I still can’t believe it.

“It was a rollercoaster experience and I’m so grateful to have been a part of it. The victory is great, but I think the best thing I took away from it was facing the fear of standing in front of hundreds of people to play in. Now that it’s done, I would do it again in a heartbeat.

The Fundraising Champions winners were also named by the evening’s host, Jason Bradbury.

Paramount and Dawsons were co-winners of the Top Fundraising Team awards, sponsored by Stephen J Brown Consultancy in memory of his wife Sam Brown.

The award for Best Individual Fundraiser, sponsored by The Property Franchise Group, was shared by Naomi Webborn of Dawsons and Suzanna Mavity of Acaboom.

The Best Fundraising Campaign, sponsored by PayProp, was awarded to Stephen J Brown Consultancy for its Ongoing Computers for School campaign.

A Special Industry Award for Outstanding Contribution sponsored by Propertymark was won by Katy Poore of Thomas Morris for her relentless drive to support charity and the local community with her determination to help make a big difference with all that she does. 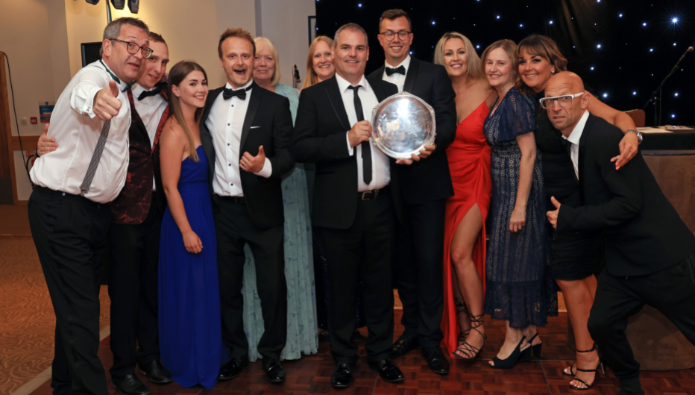 Katy said, “I’m so thrilled to win this award and I’m so honored considering how much everyone is doing in our industry.”

The Corporate Social Responsibility award, sponsored by ESTAS, was won by Thomas Morris for his approach to corporate social responsibility as well as his charity work.

David Newnes, President of Agents Giving, said: “The Agents Giving Ball was an opportunity for the industry to come together for a glamorous and festive evening.

“We would like to thank our sponsors, supporters, donors, partners and guests for this wonderful evening and in particular our Strictly Agent dancers who were truly sensational”.

– See the winners of the Agents Giving Fundraising Champions Awards 2022

Dacre, Jr. and Hartley: Besides Agents Giving, other companies were also busy fundraising.

It was organized by the Ilkley Grammar School PTA and sponsored by several local businesses including Dacre, Son & Hartley, raising £3,777 for the school.

The event saw 325 participants, aged between five and 75, run around the playgrounds of Ilkley Grammar School.

Everyone started the race wearing pristine white t-shirts sponsored by Dacre, Son & Hartley, but immediately after passing through a fabulous balloon arch created by Balloon World of Addingham, runners began to be blasted with brightly colored powder coat paint.

Caroline Grice-Ellis of the Ilkley Grammar School PTA said: “It was a special day for everyone associated with Ilkley Grammar School. Money raised will help ensure school-wide support for anyone struggling with mental health issues. By the end of this academic year, one in three school staff will be certified in mental health first aid, against a national target of one in ten.

“The school’s creative arts department will also benefit, and the money has already paid for the installation of new specialist lighting in its main theater space. The support we have received from pupils, parents, the Wharfedale community and local businesses has been phenomenal, and we have already started planning the Ilkley Color Rush Fun Run again for 2023.”

Patrick McCutcheon, Residences Manager at Dacre, Son & Hartley, added: “It was a fun, exciting and family-friendly event that raised thousands of pounds for the school. As an Ilkley-based company, we were honored to sponsor it. There is no doubt that this will make a real difference to the pupils and staff of Ilkley Grammar School, as well as to our local community.