Nigerian international artist and Grammy Award winner Burna Boy and his mother, Bose Ogulu, who is also his manager, have repeatedly served their fans as mother-son goals.

In a viral video from Sint Maarten, Burna Boy and his mother gave fans more than they bargained for.

A video showed the moment the singer’s mother joined a group of dancers as she thrilled those in attendance with energetic dance moves. 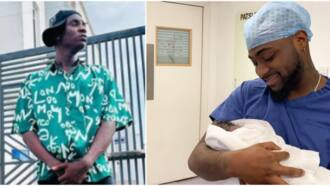 To make it even more special, Burna Boy was seen all smiles as he cheered on his mother.

See the video below:

Legit.ng captured some of the reactions, see them below:

“How I will follow my son wherever he goes.”

“I love how happy Burna is watching her mother.”

“I heard she used to dance with Fela.”

“I love how the guy takes his mother with him anywhere in the world, how it shouldn’t be when she dies, he spends millions on the burial.” 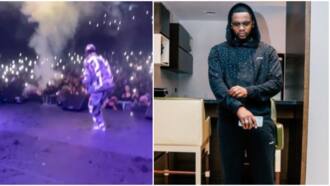 Nigerian international artist Burna Boy has put aside the musical rivalry between him and DMW label boss Davido as he joined other celebrities in mourning the singer’s son, Ifeanyi Adeleke.

In a post via his Instastory, Burna Boy shared a bird and grief emoji.

Although he didn’t mention who he was mourning, some netizens concluded the Grammy winner was mourning Davido’s son.