A day ago, a song “kidukachi” from Tovino Thomas’ long-awaited film Thallumala was released on YouTube and netizens are totally blown away by the actor’s dance moves. The video for the peppy number ‘Ndaakkippaattu’, composed by Vishnu Vijay, has Tovino Thomas, Shine Tom Chacko and a bunch of several other actors shaking a leg that will have you dancing. This is the first time we’ve seen actor Tovino perform a full-fledged dance number and it’s no wonder audiences are going gaga over it. Sung by Vishnu Vijay, Muhsin Parari, Shenbagaraj, Santhosh Hariharan, Sreeraj, Swathi Das, Austin Dan, Lukman Avaran, Adri Joe, Gokulan and Binu Pappu, the song has the right chord among young people and has already ignited social media. 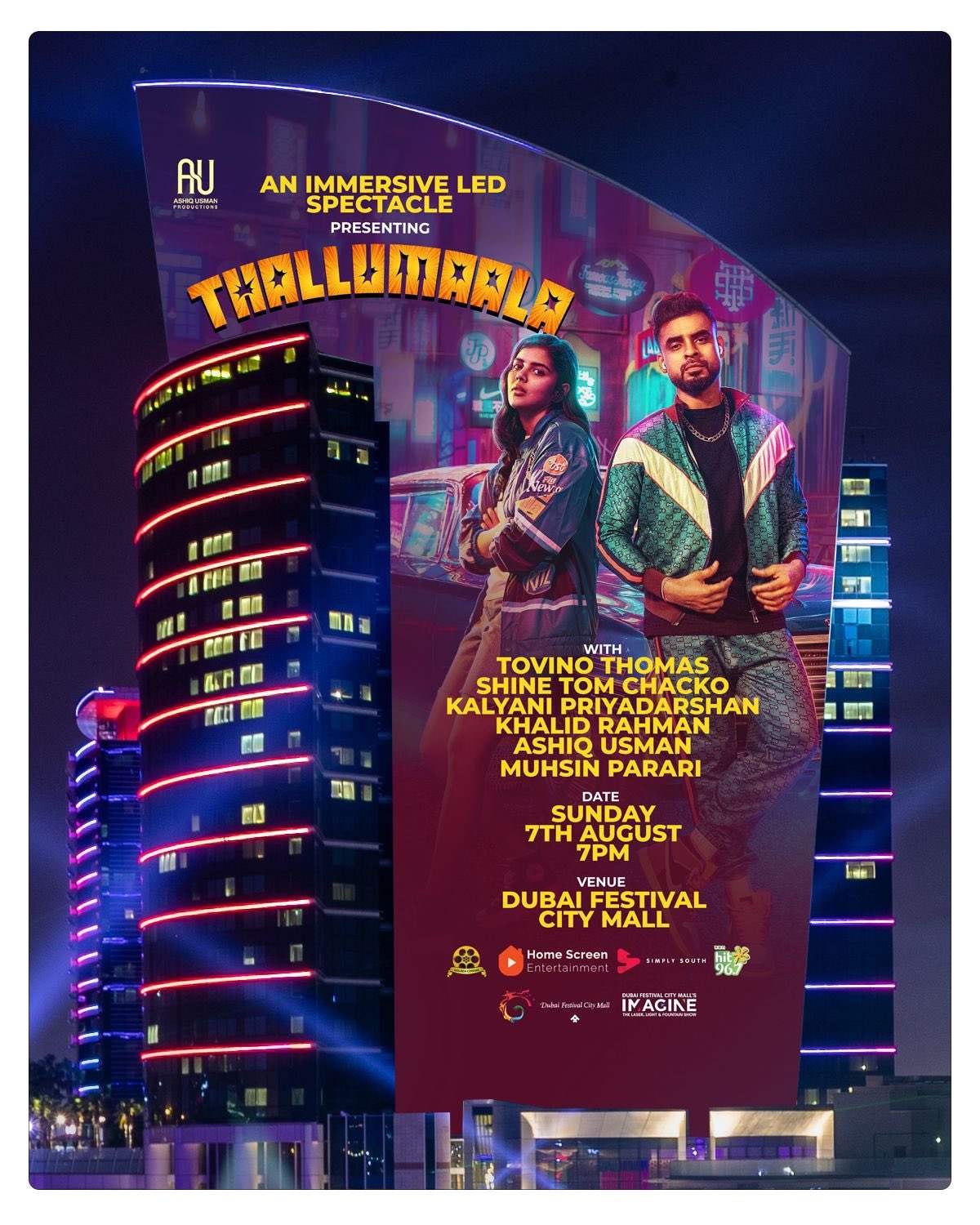 Directed by Khalid Rahman, Thallumala has Kalyani Priyadarshan in the female lead role. Kalyani Priyadarshan plays the role of Beepathu in the film while Tovino’s character is called Manavalan Wasim. Since the release of the movie posters and trailer, Thallumala has generated huge hype among moviegoers. The film is produced by Ashiq Usman under the Ashiq Usman Productions banner. The film’s script was written by Muhsin Parari and Ashraf Hamza. The film’s cinematographer is by Jimshi Khalid. Thallumala hits the big screens on August 12.